GivePulse understands that COVID-19 is impacting our communities. See our latest resources to stay safe and organize events.

Mission: Changing the lives of girls from low-income homes through an empowering middle school education Founded in 2001 by Sr. Mary Reilly, RSM, Sophia Academy is the only independent all-girls middle school in Rhode Island focusing on the intellectual and emotional growth of students from low-income families. Our motto, “reflecting wisdom in the girl,” captures the essence of our school as a place that draws forth each girl's inherent wisdom, helps her to find her voice, guides her to embrace challenges and develop her intellect, and sets her on a path to discover and realize her dreams. Sophia Academy mission springs from Sister Mary's vision: to provide a rigorous, relevant, empowering education, preparing our students to be successful in high school and beyond, helping them to lead their lives as confident, compassionate women. Recently inducted into the Rhode Island Heritage Hall of Fame, Sister Mary has spent her life helping women reach their full potential through literacy, employment, advocacy, and community involvement; she was influenced by years spent in Central America where she developed her feminist conscience, and by a sabbatical at the United Nations and the report of the 1995 UN Conference on the Girl Child. These experiences inspired Sister. Mary to gather the Sisters Collaborative, a community of passionate women, and to lead them in the creation of Sophia Academy. In 2007, Gigi DiBello succeeded Sister Mary as Head of School. Under her leadership, the school enhanced its academic program, raised funds to purchase and renovate a building for its first permanent home, and became accredited by the Association of Independent Schools of New England. DiBello's vision was to create an intellectually rigorous environment that would not only guide girls to continue their education beyond middle school and eventually move out of poverty but would help them develop strong voices to advocate for themselves and for others.
GivePulse
3 People | 4 Impacts | 5 Hours | 136 Total Economic Impact 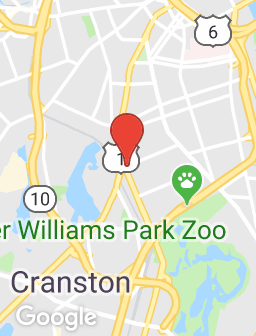